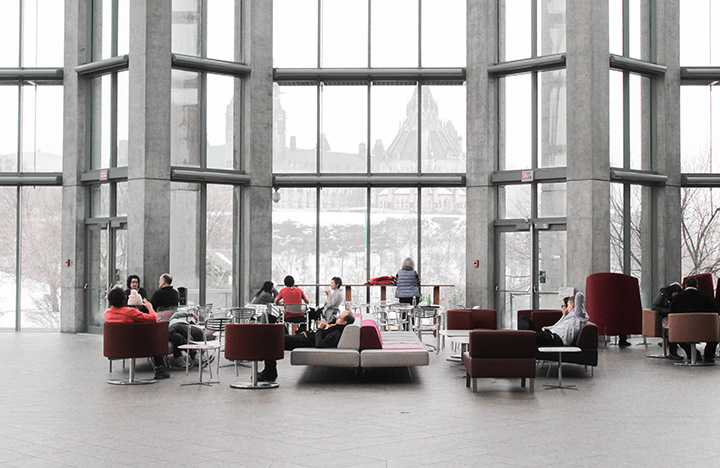 Today, there are coworking spaces everywhere you look in all the major cities in the world. But it’s only recently that the phenomenon has really exploded. Before that, coworking was a specialized product that only some companies used.

Below, we’ve listed some important years in the history of coworking. Both internationally and in Sweden.

1995 – The first coworking space – C Base – was founded by hackers in Berlin and was called “Hackerspace”. The idea was to share both space and knowledge in order to work on coding projects together. After that, some hackerspaces started adding seminars and social events, which made it more mainstream and lead to the opening of more coworking spaces. At the end of 1995, there were “Hackerspaces” in San Francisco, Santa Clara and Brooklyn, and the trend kept growing.

1995 – The word “coworking” was first used by Bernard DeKoven, who described it as “working together as equals”. Freelancers, or people working for different employers could work together and share their ideas and tools within the network. So, in the beginning, the word “coworking” was used to describe a form of collaboration, not the space itself.

1998 – Sweden’s, and perhaps the world’s first coworking space opened on Sveavägen 9, in Stockholm, and in the so called Hitech Building. The place was called “The Summit of Hitech Building” and was inhabited by the dot-com companies during the bubble at the end of the 90s. Letsbuyit.com had over 100 desks.

2002 – Two Austrian entrepreneurs started an “entrepreneurs’ center” – Schraubenfabrik – in an old factory in Vienna. They focused on finding other entrepreneurs to work with in the same spirit. In that space, a mix of PR-consultants, startups and freelancers began working. This was one of the earliest examples of we call coworking today.

The same year, St. Oberholz opened their first free internet cafés in Berlin. St. Oberholz is still a meetup point for startups in Berlin and the upper floor is lively and aglow every day.

READ MORE ABOUT OUR MEMBERSHIPS AT HELIO

2006 – The San Francisco Coworking Space got a new name – Hat Factory – and expanded with Chris Messina – the founder of the Twitter hashtag – who joined as one of the founders. So, the founders were Brad Neuber, Chris Messina and Tara Hunt. At this point, Hat Factory was just one of about 30 coworking spaces around the world.

2007 – The word “coworking” was first seen on Google and the searches increased immensely. The term “coworking” became established and entered the English version of Wikipedia.

2008 – At the end of 2008, there were about 160 coworking spaces in the world and the growth continues to accelerate.

2009 – Betahaus opened in Germany, and was the biggest coworking space to open in Europe up to that point. Germany was in the lead of the development of coworking in Europe.

2010 – The first #CoworkingDay was celebrated by the movement on August 9 and is still celebrated every year. The first coworking conference was held in Brussels. At this time, there were 600 coworking spaces all over the world, with over half of them being in North America. WeWork was founded by Adam Neuman and Miguel McKelvey.

201 – A milestone is reached – 100 000 members collaborate in coworking globally. During the summer, coworking spaces amount to 3000. Most are still sole companies, and there were still only a few chains or large companies.

2015 – The New York Times wrote about a new idea – combining coworking with traveling. The article was called “Co-Working on Vacation: A Desk in Paradise” and was about combining coworking with coliving on Gran Canaria on the Canary Islands. The surf office was born and grew to get many followers from different places in the world. It was also the start of the “workcation” trend for digital nomads, people who could bring their work to any location in the world.

2016 – The combination of coworking and coliving continued to develop, and WeWork launched coliving in New York. They were micro-apartments with one or two bedrooms. They were furnished and ready. Each coliving unit also had a community manager that solved practical questions or planned events.

2017 – Helio GT30 opened in Stockholm. It was the first house of its kind in Scandinavia, where 11 500 square meters of offices were built into a collaborative workspace with coworking, gyms, restaurants, a bar, podcast studios, event rooms and outdoor offices.

2017 – WeWork grew in value and beceme the most valuable tech company in the US along with Uber and AirBnB. Together, they were worth 47 billion dollars. Now, 1,2 million people in the world work in coworking spaces.

2018 – More and more investors began showing interest in the market, and apart from WeWork, Knotel, Convene, Industrious, TOG and Mindspace they began expanding rapidly globally. Real estate companies also began working on their own concepts to keep up the fight for tenants.

2018 – Coworking still grew exponentially and different companies pre-rented over 20% of all the new office spaces in London in 2018.

2019  – WeWork imploded with a failed IPO that lead to CEO Adam Neuman’s dramatic departure. WeWork’s value dropped quickly from $47 billion to $3 billion, which made it possible for the biggest investor SoftBank to take control over the company and change the management.

2020 – The global pandemic hit the industry hard and there’s been talk about whether offices will actually be needed in the future. On the office market, an uncertain future is to be met, where many industry experts think that the future trend will be cutting bigger offices and replacing those with coworking spaces.

If you’re looking for a new office or are interested in coworking, you can always check out our memberships here. We’re always available at info@helio.se or at 08 522 232 00 for any questions! 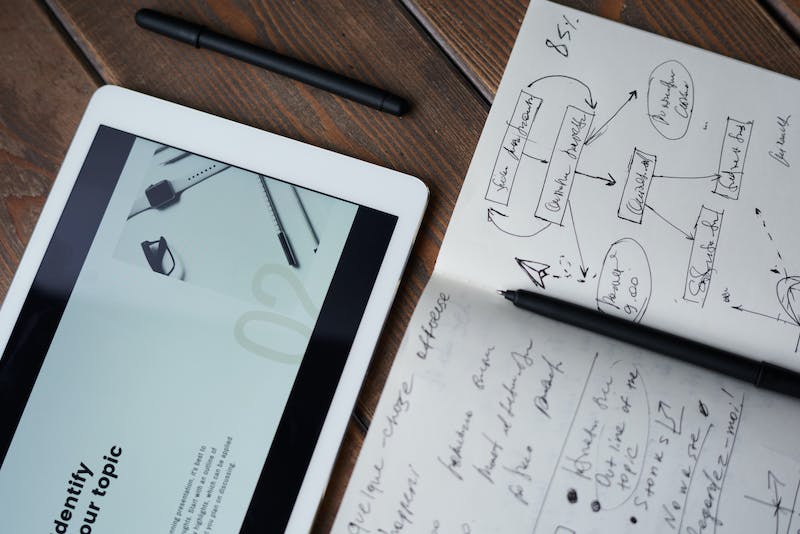 We can proudly share that Helio is a proud partner of DI Digital Female Founders 2022, which starts on November 30th in Stockholm. One of our cornerstones is to “work for a better” city by supporting various people and organizations that work with democracy issues, including entrepreneurship and justice issues – so, supporting female entrepreneurship … 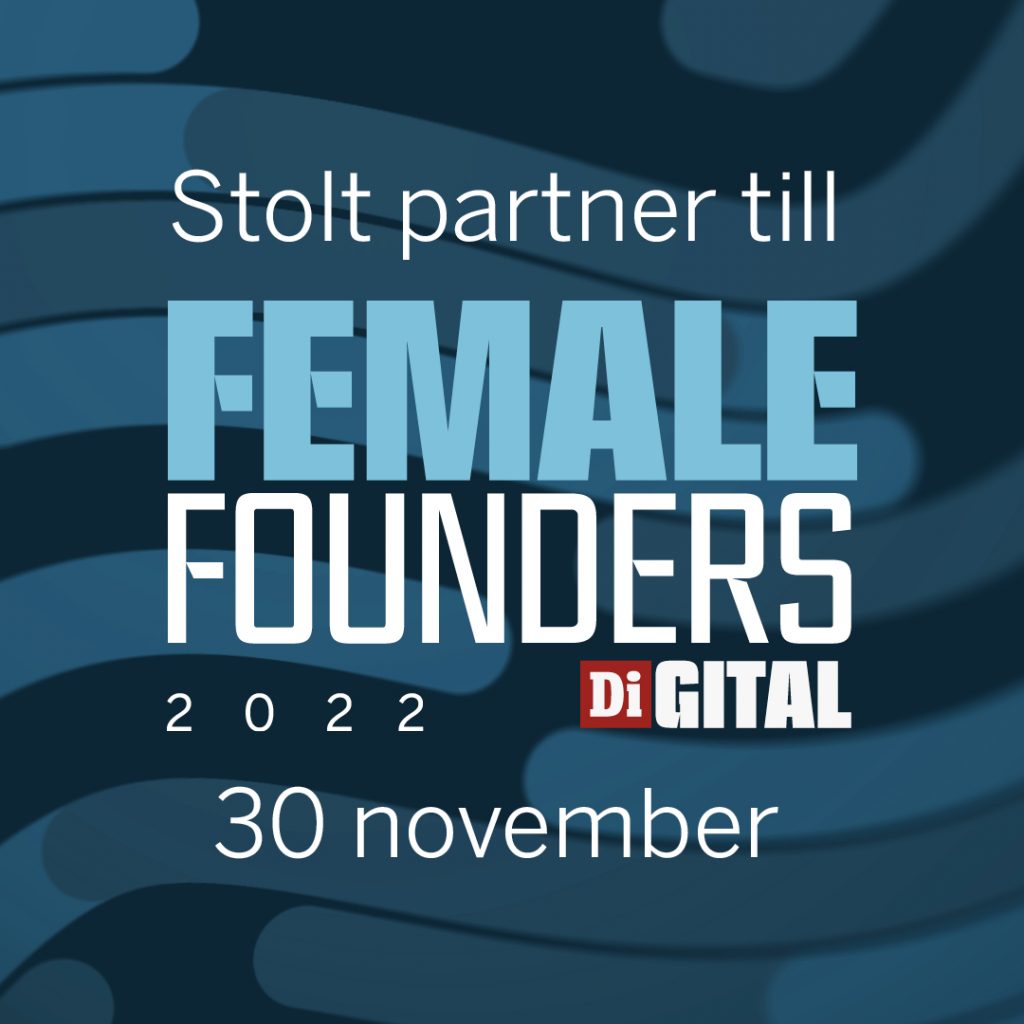 What do a supersmart systems scientist, a poker-playing petanque-enthusiast and a long-haired long-distance runner have in common? Answer: A will to make the world simpler and better! How should we as consumers relate to a climate-changed world, and how can we have a positive impact? The wonderful subject of food is actually the easiest and … 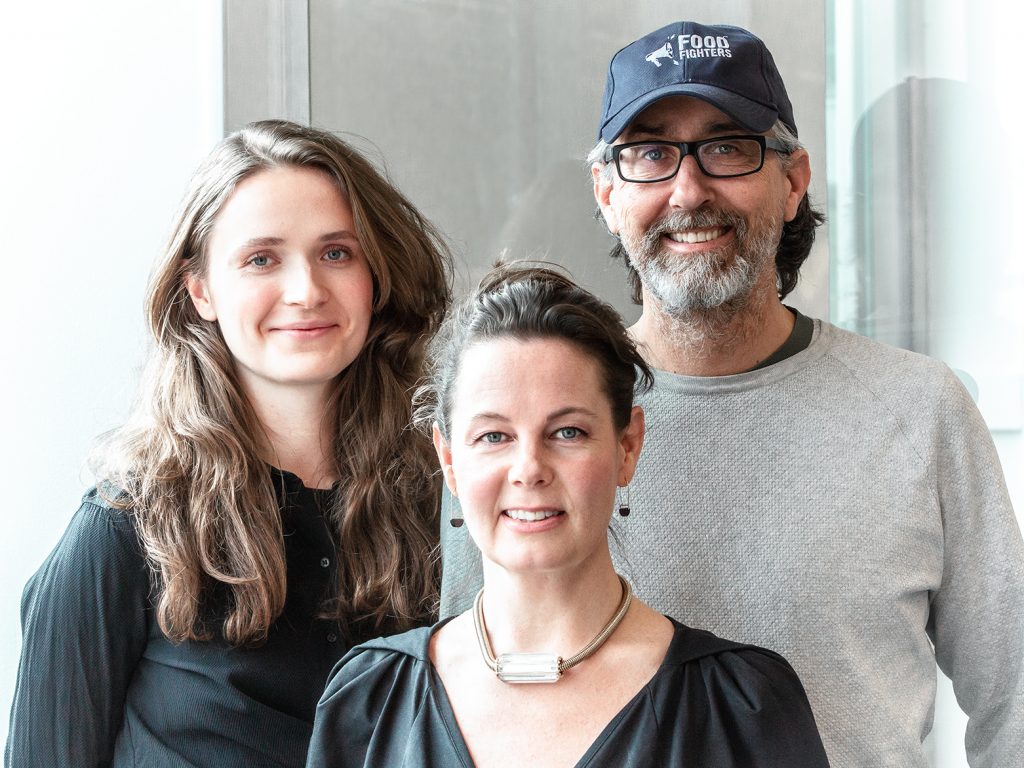 Breakit’s Scaleup Day will start on November 16th here in Stockholm, and our friends at Breakit have, of course, arranged tickets for you as a Helio member at extra, extra good prices. If you take a peek at the Helio app under ‘Benefits’, you will find all the information on how to register there. Here’s … 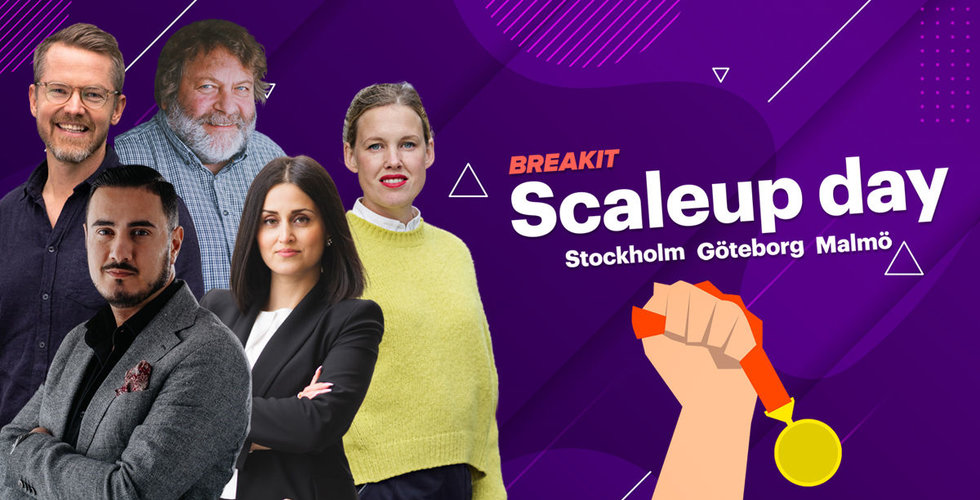 At Helio, we have been involved in organizing Christmas parties for over 20 years. With us, you will find central event venues in Stockholm and Malmö for 20 to 150 people, all of which have different styles and locations. An old shoe factory in Hornstull or a concrete garage in Östermalm? We also have a … 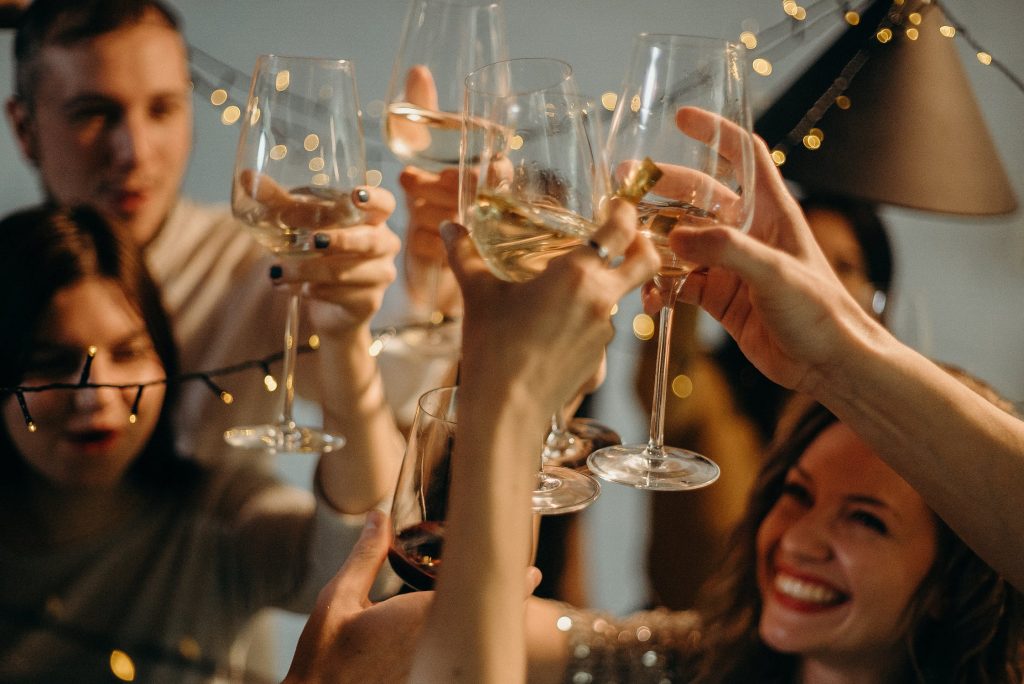 Come and listen to how you can attract the new generation on the labor market to come to your company. Our members Afrodite and Apollonia question life, the corporate landscape, and old truths, to inspire you to be exactly who you are. Sign up in the membership app, and we’ll provide lunch! 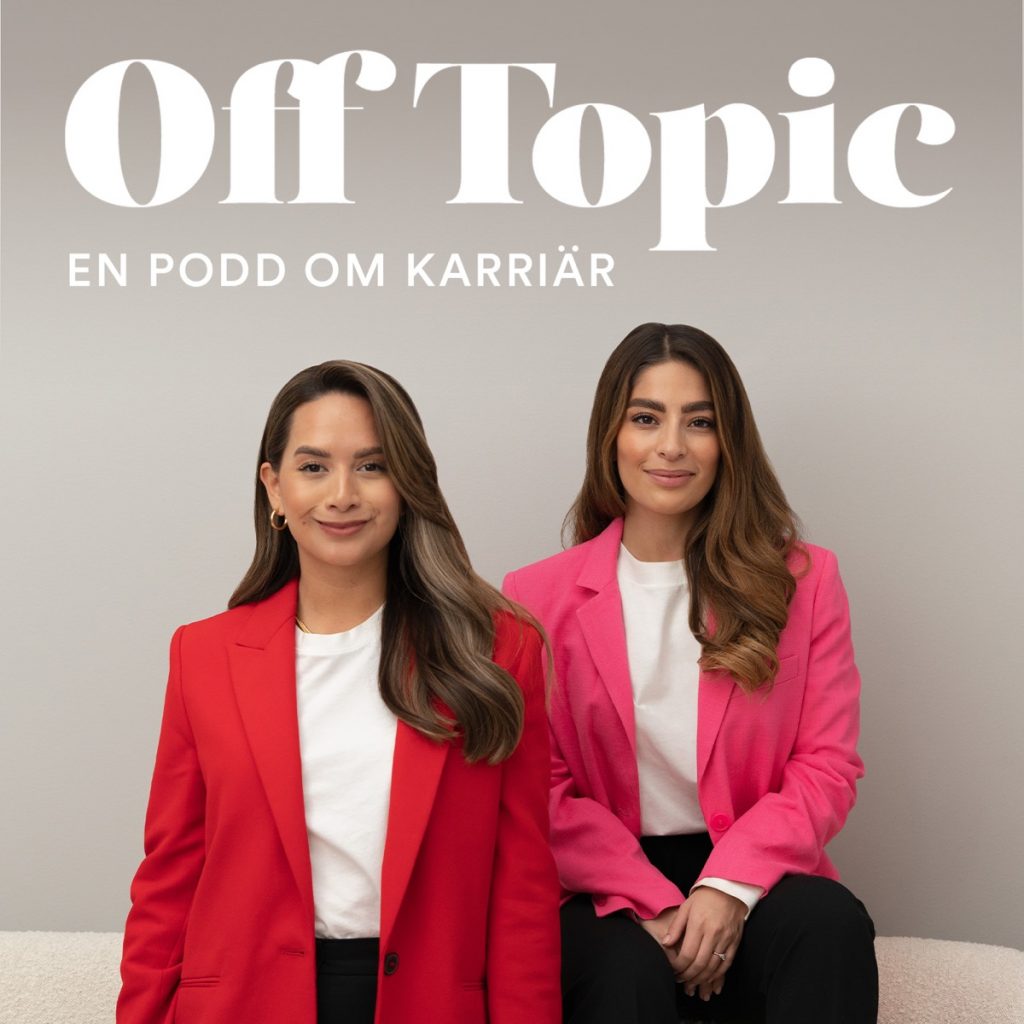 On Friday the 21st of October we have a new learn at lunch. This time we have the honor of presenting our dear member Hampus Knutsson who works at Wings PR. Hampus Knutsson is the founder of Wings PR, which specializes in crisis management, press work, and media training. Behind the headlines of a trial … 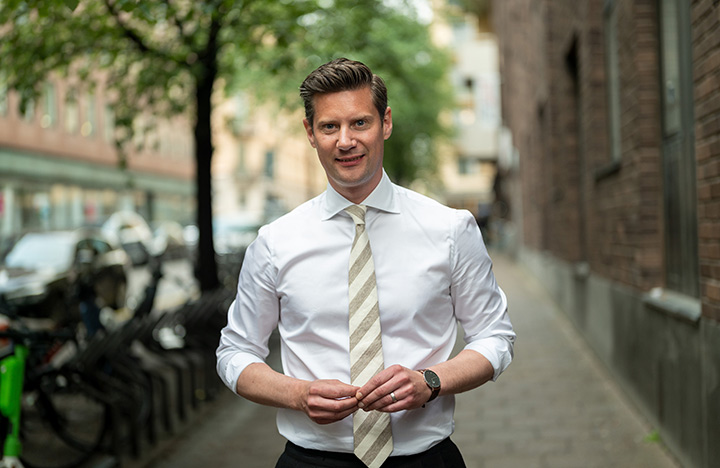 In Malmö, at Hornstull, and at GT30, we are organizing activities for the kids if they come to work with you during the fall holiday. Popcorn, costumes, movies and much more! Check the Helio app for exact dates and times in your city. 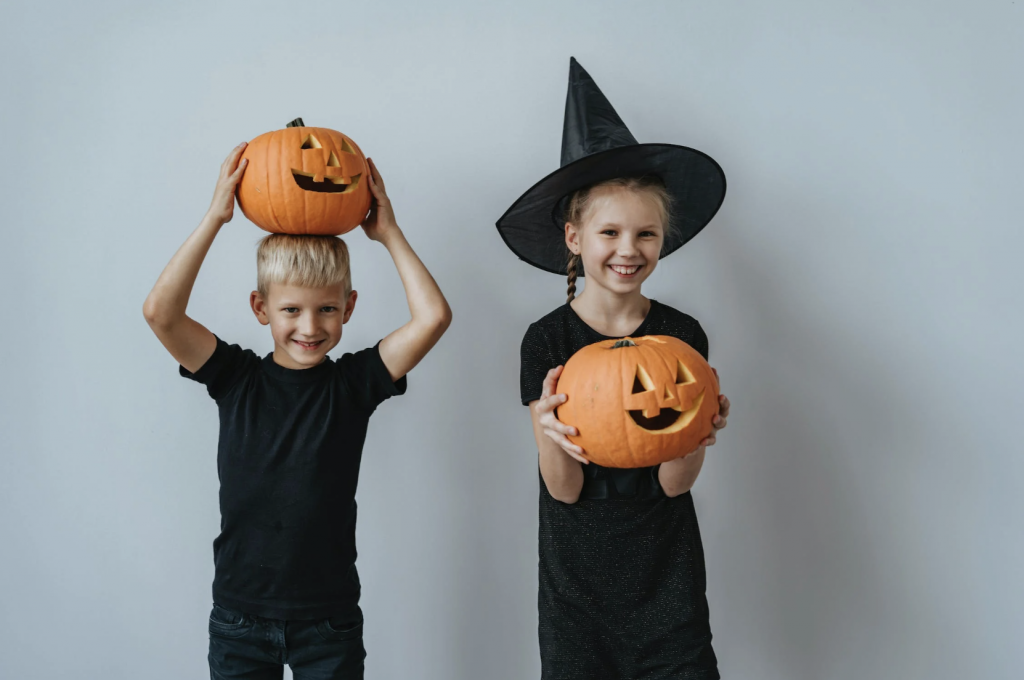 This session gives you insight into the latest research from the Swedish Defense University on leading in environments of high levels of change, and gives you tips on how you can put it to practical use in your leadership in your organization. Carl Starendal is one of the founders of We Are Movement, which is … 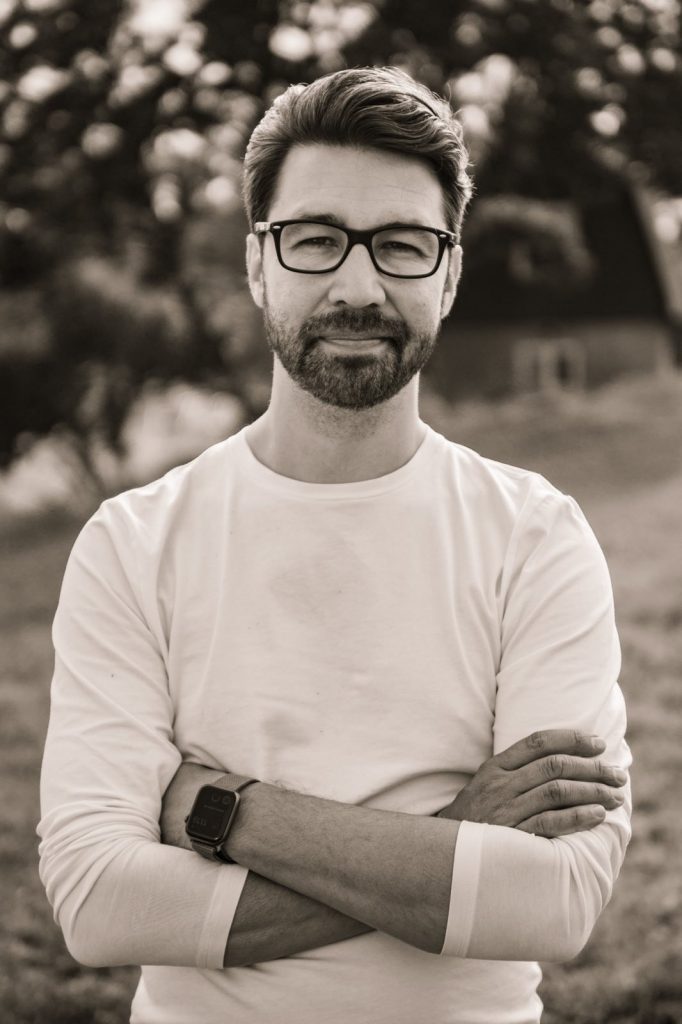 We can now with pride announce that we are taking a leap to the north and opening an office in Värtahamnen. Niam is building one of the most spectacular offices we’ve seen in Sweden! It’s built on the dock with all of Värtan as a backdrop. We will run the whole house for everyone from … 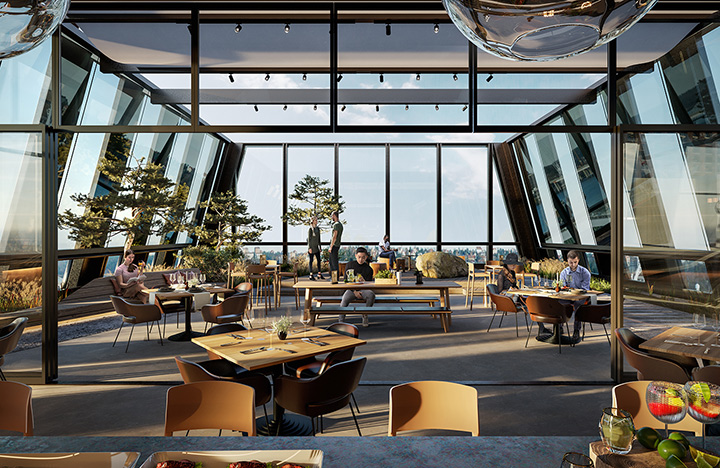 Malmö, here we come! We’re currently finishing up our office spaces, meeting rooms, podcast studio, gym and café in true Helio-spirit on Kungsgatan 6 in Malmö. We’re psyched to open our first coworking space in Sweden’s most southern region next March. Together with our architects, we’ve planned, drawn and come up with a unique concept for the … 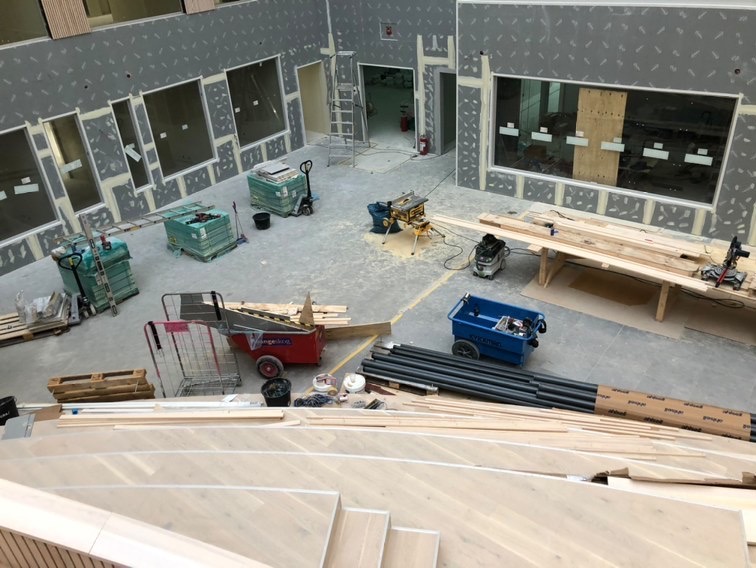 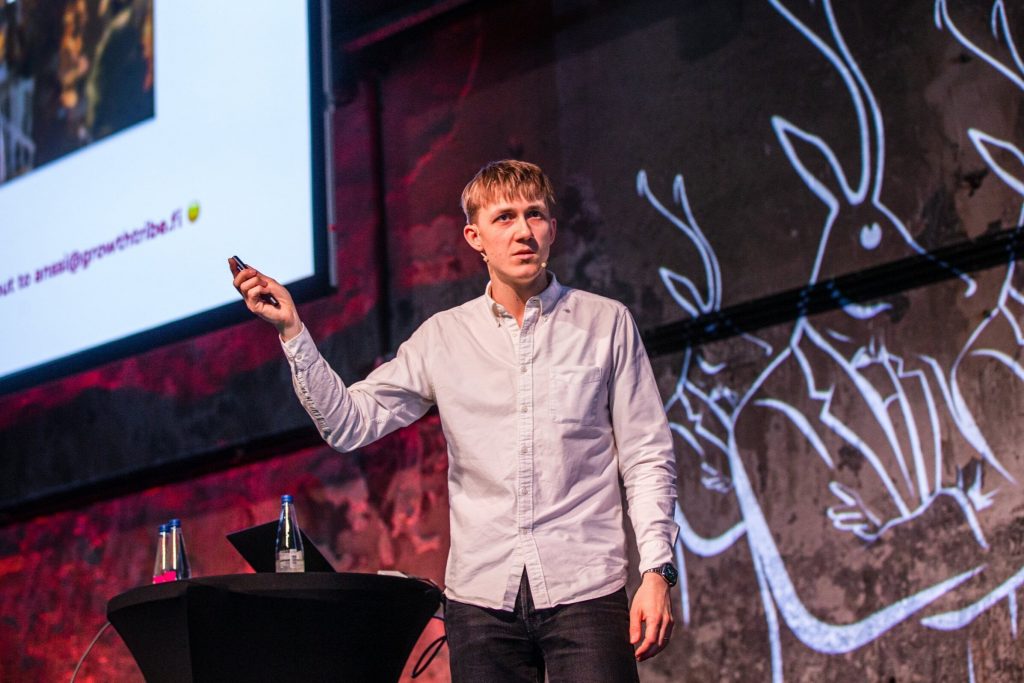 Each year, staff and members of Helio gather to wrap gifts for those who usually don’t receive many. We’ll also spend some time together enjoying glasses of glögg, listening to Just D and saying our goodbyes to each other ahead of the holidays. It’s open for all Helio members.  The most important part of the night … 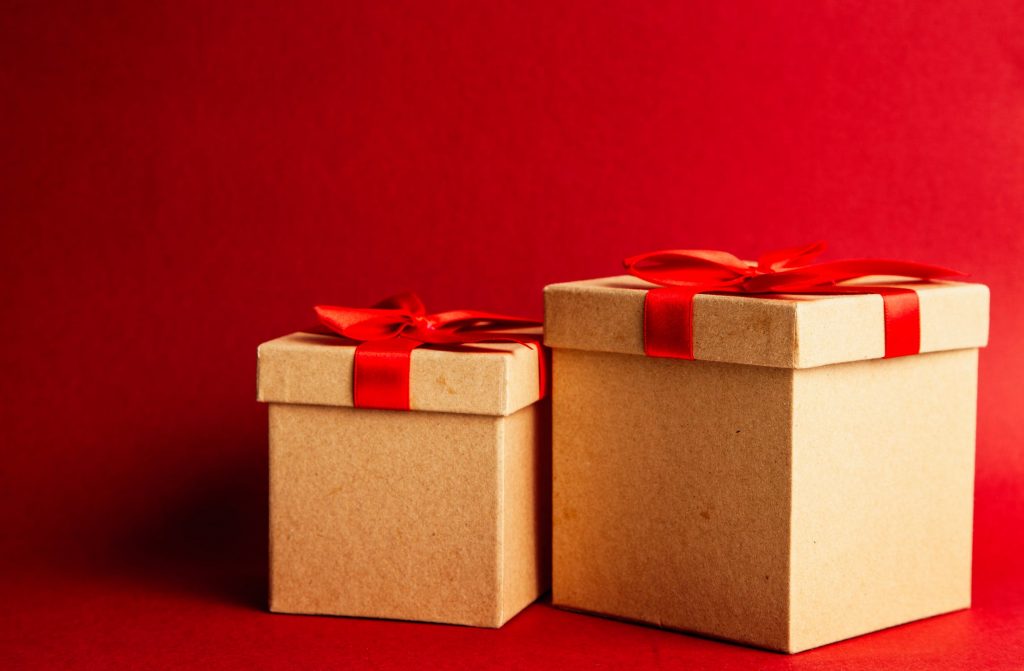 We’ve just commenced a collaboration with the legendary mountain hotel Ski Lodge Engelberg in Switzerland, which gives Helio members will enjoy amazing discounts on their stay. Ski Lodge has been around since 2008 and become one of the best-known places in the Alps that most skiers have passed by. Their restaurant Brasserie Konrad is a must-see as well – it’s a restaurant … 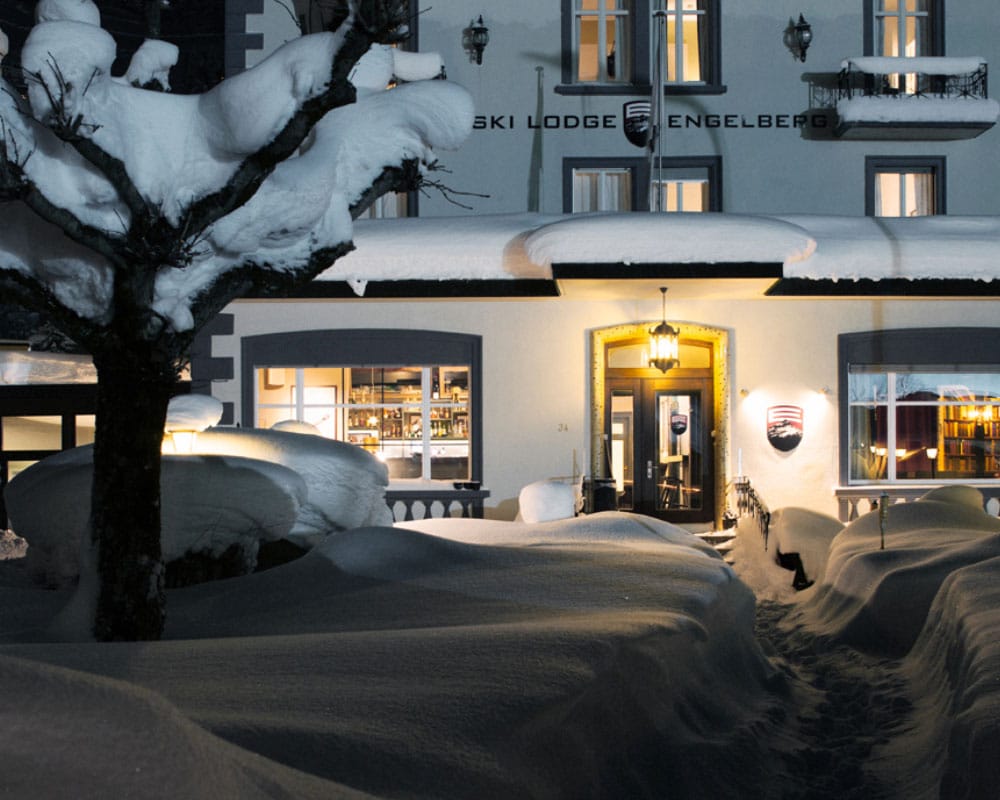 Welcome to a breakfast seminar in collaboration with MySpeaker, hosted by the robot-expert and trend-watcher Nicholas Fernholm!  Nicholas Fernholm is an award-winning lecturer with years of experience teaching individuals and organizations how to match an ever-changing world. He takes inspiration from his experiences as head of robotics at the new Karolinska hospital, the head of logistics during … 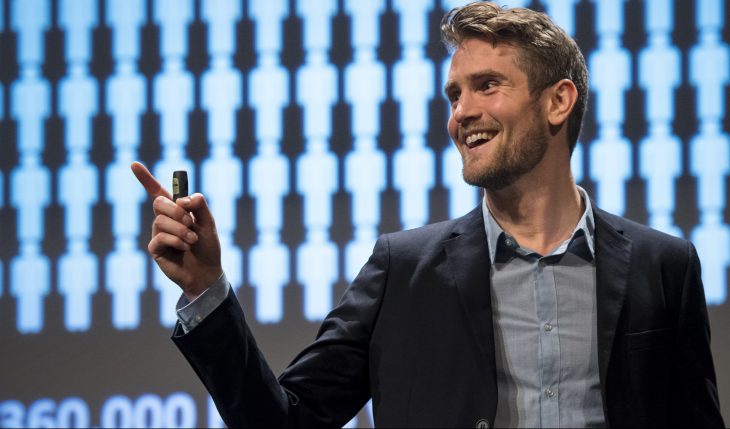 It’s almost time for us to open our doors in one of our favorite cities: Malmö! This has been an 18-month-long journey with the pandemic as a steady companion both during construction and around our plans for how to use the space when the virus (hopefully) is long gone. You’ll recognize many of the touches … 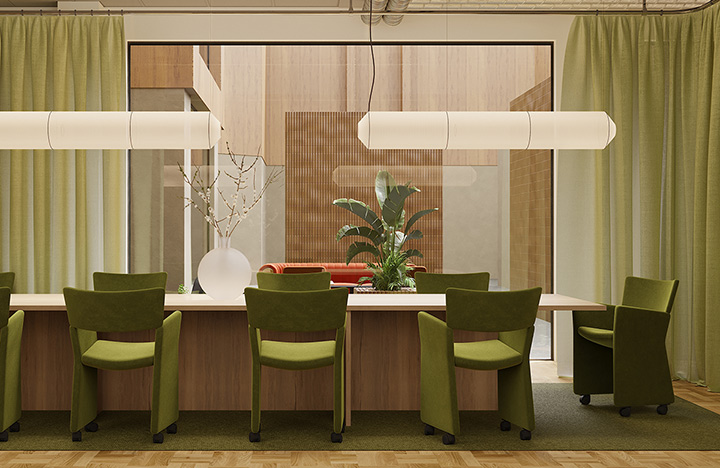 Today, we live in a world where everything runs at super speed. Sometimes, you work at home, sometimes at the office. You’re constantly reachable, deadlines have to be met, you have back-to-back meetings, you need to have time to work out and drop your kids off, and at the same time find time for family … 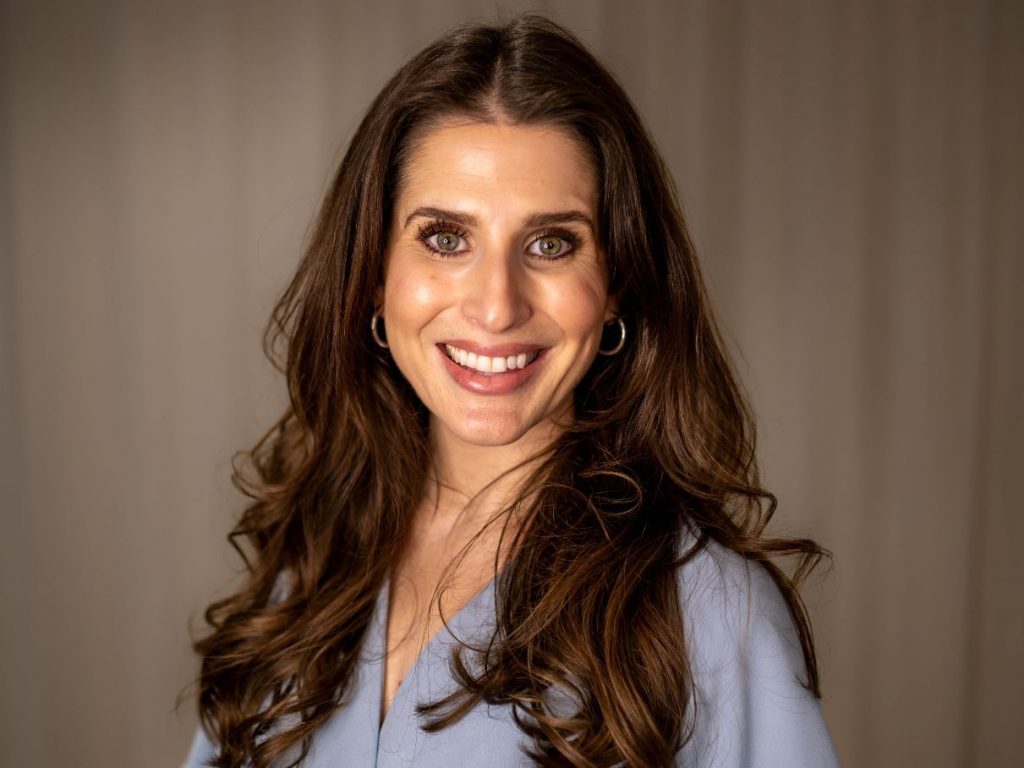 Among the thousands of members at Helio, there are some who we think are doing something particularly great or interesting, and Run For Office is one of them! They moved in 2021, and we thought it was time to put them on the spot with some questions: Hi Sarah and Tamar, tell us what Run … 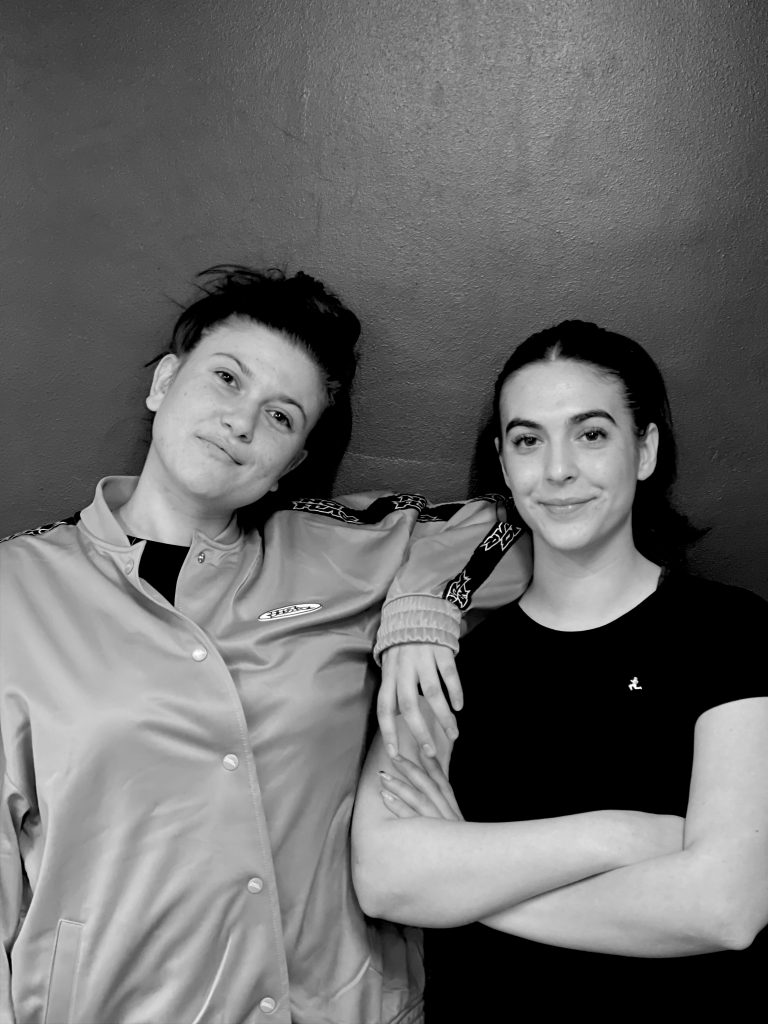 Can two dads take on a challenging adventure with their two-year-olds? Our member Thomas Pickelner and his friend Marino Manzoni wanted to explore this. They decided to hike 15 miles around the island KRK in Croatia using their own strength together with their kids. The documentary is about relationships and the road towards more equal … 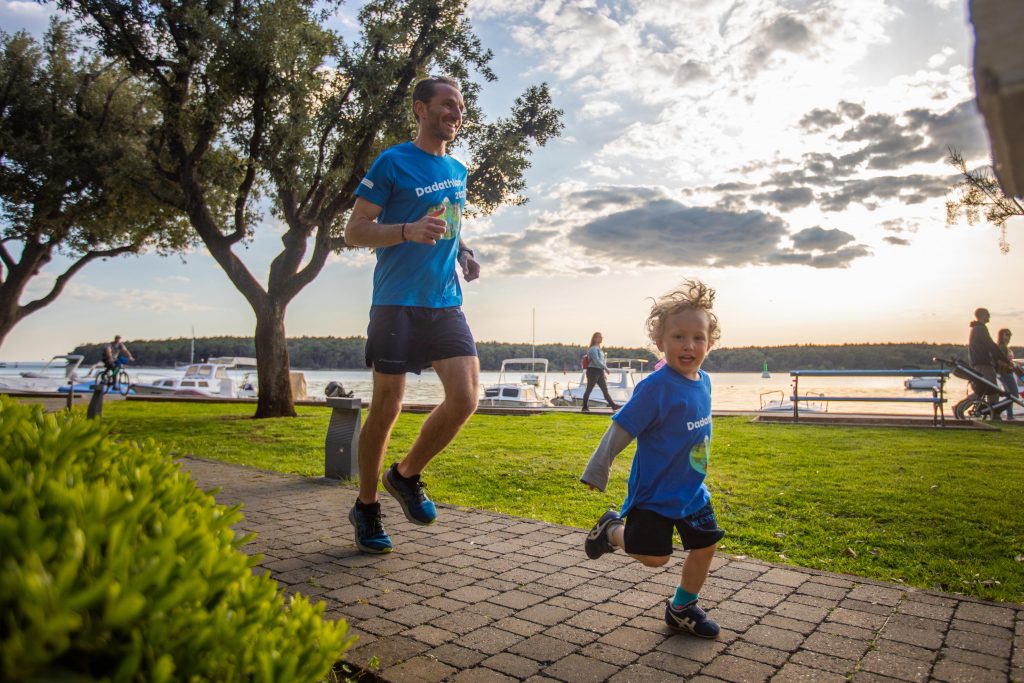 We are happy and proud to be a partner of Söder Runt together with our members at Löparakademin (The Runner’s Academy). This year is the 10th anniversary of the race, so we are looking forward to extra everything. We’ll also be able to go through with Söder Runt’s legendary After Run which hasn’t been held … 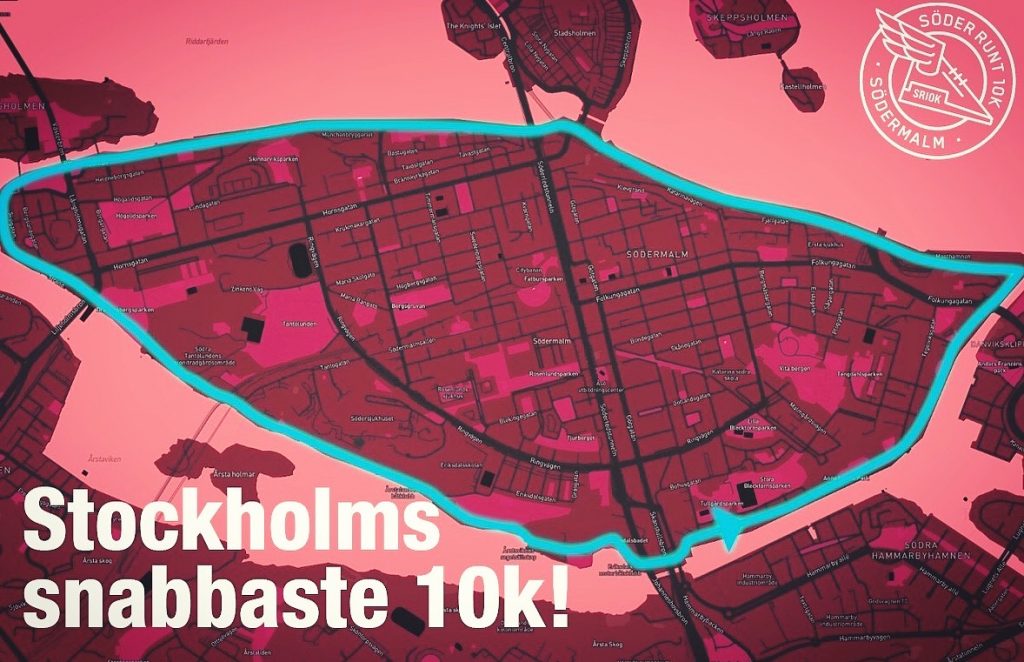